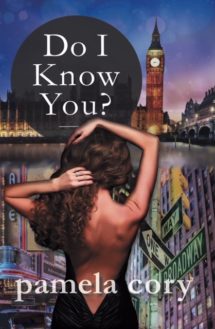 Do I Know You?

In this second book of the Hassie Calhoun trilogy, the now twenty-nine-year-old single mother moves from Nevada to New York City to pursue her career as a singer. Though she enjoys a degree of success, she cannot adequately care for her son and so agrees to marry a handsome gay lawyer, who is delighted to have a family.

While attending the funeral of her childhood mentor in England, she falls in love with a charming Royal Navy officer, finds greater career success in London’s West End and spends four years traveling between London and NYC, all the time attempting to avoid hurting her loved ones. Spanning more than a decade this paging-turning story spans the beginning of the AIDS epidemic and the Falklands War.