Welcome to the Pamela Cory Blog.

Dictionary.com defines a blog as “a website containing a writer’s own experiences, observations, opinions, etc., and often having images and links to other websites.” That is exactly what you will get from me on this page, plus a sampling of some of my FaceBook and Instagram posts. Enjoy!

The Goddesses within Hassie Calhoun

The Greek goddess Persephone was worshipped as the Maiden or the Kore (young girl) and as the Queen of the Underworld. She was the only daughter of Demeter and Zeus. In the beginning of the myth, Persephone was a carefree girl who gathered flowers and played with her friends. Then Hades suddenly appeared out of a vent in the earth, basically kidnapped the young girl and took her back to the underworld to be his unwilling bride. Demeter did not accept what had happened and forced Zeus to go and bring her back.

Zeus sent Hermes, the Messenger God, to rescue her, who found a despondent Perephone and convinced Hades to let her go. Before doing so, Hades gave Persephone some pomegranate seeds, which she ate. But because she ate them, she became his wife instead of his captor and was destined to spend one-third of the year in the underworld with Hades and two-thirds of the year in the upper world with Demeter.

The myth of Persephone’s abduction represents her “personification of vegetation which shoots forth or blossoms in spring and withdraws into the earth after harvest”–simply put, her arrival on earth represents spring and her descension into Hell represents winter. Beyond this, despite the fact that Hades abducted Persephone and raped her, he really does love her. Persephone is actually drawn to him and always returns to him when the seasons change.

Hassie Calhoun’s sexuality was awakened when she went to Las Vegas as a barely eighteen-year-old girl. She was “abducted” by the older and much more experienced Jake Contrata, who taught her how to be a woman–the Queen, if you will. And though he could have taken great advantage of her at that time, he truly loved her and took good care of her until circumstances forced him to leave her to get on with her life.

The arc of Hassie’s story takes her from the vital, alluring young girl to a wise, seasoned woman, having survived a plethora of bad decisions and misspent years. As she matured and despite the fact that Jake was her first love, she realized that Jake had actually been bad for her and that outside of business, he should not be a part of her world. Finally, to Hassie’s credit, no matter how hard and how many times Jake tried to lure her back into his world, she resisted and ultimately reigned victorious.

There is belief that there are traits of a god in every man and a goddess in every woman. Advanced studies say that most of us have many goddesses active within us. Therefore it is accurate to say that Hassie displays many traits of the goddess Aphrodite as well as Persephone. Aphrodite was considered to be the “alchemical goddess governing a woman’s enjoyment of love and beauty, sexuality and sensuality, enabling her to fulfill both creative and procreative functions.”

Combine the traits of both Aphrodite and Persephone and you can begin to understand and appreicate the complexity of Hassie Calhoun.

***The American singer/songwriter/playwright Anais Mitchell and director Rachel Chavkin brought the musical production “Hadestown” to the Broadway stage in 2019. The mythical aspect of the show addresses the Persephone/Hades relationship. The show is now a Tony- and Grammy-winning musical.

Are We There Yet?

When the COVID-19 quarantine became a real thing and after a reasonable amount of moaning and mourning the death of a social life and impromptu travel, I promised myself that I would use this extra time on my hands to do all sorts of productive things. I would focus on the social media marketing for my latest book. I would make great strides with the current WIP. I would write clever blogs for my website. And I would become an expert with Canva Pro. Well, as I begin Week 4 of this quarantine, I can honestly say that I have done just about none of this. And every day I’ve ask myself why.

Most days I would sit down at the computer with the best intentions. I’d open the manuscript, read over the last chapter, set the cursor in place to begin again and then suddenly remember that I had forgotten to throw away that box of old saltine crackers that I kept around for my mother-in-law before she passed away last September. So off I’d go to the pantry where I’d find a lonely keto power bar and decide to sit down with a cup of green tea and check the latest posts on FaceBook.

Two hours later, I’d need an isolation walk around the neighborhood to counterbalance the sitting. April in Florida means pretty warm and sometimes humid temps so I’d come back hot and bothered and take a shower. Then it was time for another cup of tea and a check of email and a scour of Instragram. (Thank God I don’t do Twitter.) So now, it’s late afternoon and I’m disgusted with myself for getting absolutely nothing done. I trot off for one last stab at some writing when a friend in London calls to check on life in Florida during the pandemic. And even though I have absolutely nothing to really report, I finish the call an hour later. It is now time to think about preparing dinner, which can not be accomplished without that evening cocktail or glass of wine. Translation: the day is over.

I have recently discovered that I am not the only writer or professional working at home that has wrestled with this problem. Some day it will have a syndrome name like “restless attention span” (RAS) or “any excuse to screw around” (AXSA). Whatever it is, I’m honestly trying to kick the habit in the coming weeks and accomplish something even if it’s wrong. It will be helpful to know that there is an end in sight to this “Safer at Home” dictate. For now, at the very least, I’m thankful that I don’t have to teach fifth grade math.

What readers are saying about Do I Know You?

“How easy it is to make mistakes that affect other people’s lives and leave too long to turn back the consequences. Welcome to Hassie’s world. Is she a victim of her own actions or driven to make wrong decisions by others? This second volume of the Hassie Calhoun trilogy is filled with memorable characters. This clever and occasionally frustrating journey shows true love and honesty comes in different forms.” ~Bryan Williams, Spain

“Wow! Pamela Cory’s Do I Know You? is a first-rate page-turner. The second of her trilogy continues an absorbing story of a talented woman beset with personal problems. The book takes place in the late 1970s and early 1980s as Hassie moves from her late twenties to her early forties. It feels authentic for those times and for its portrayal of a woman torn between career, love and motherhood.” ~ Nancy Stancill, NC

“The more mature Hassie is just as careless of other people’s feelings, but she is, perversely more likable, and Cory has surrounded her with a coterie of friends as complex as Hassie herself. Do I Know You? is an apt title for the second book of this trilogy. The author weaves a compelling tale with no simple resolution, and leaves us with tantalizing questions and veiled hints of what is to come.” ~ Kasey Latham, owner of Latham Editing, Charlotte, NC

Hassie Calhoun…readers and critics weigh in…

“Creating a protagonist who makes such self-destructive choices that you want to just get inside the book and slap some sense into her, yet at the same time making the reader love this character and want to keep reading is one of the most difficult tasks a novelist can undertake. Pamela Cory has succeeded brilliantly in doing just that with her simultaneously maddening and you-just-can’t-help-but-love-her character, Hassie Calhoun. Read this book and be transported to Las Vegas, circa 1959, along with one of the more engaging characters I’ve encountered in fiction.”

“This novel is the real deal. Sin City in the sixties. Sinatra. JFK. A novel about a young woman trying to become a singing sensation.”

“Nostalgia takes it on the chin in Cory’s overdramatic but atmospherically leasing my debut…Cory’s alternatively gritty and sudsy depiction of early ’60s Sin City transports the reader back to a time when the Rat Pack ethos ruled.”

“Like its eponymous heroine, Hassie Calhoun proves to be deceptively plucky and resourceful. What easily could have devolved into an all-to-familiar cautionary tale of Las Vegas instead becomes a redemptive portrait of an era.”

~Adam Langer, author of The Thieves of Manhattan 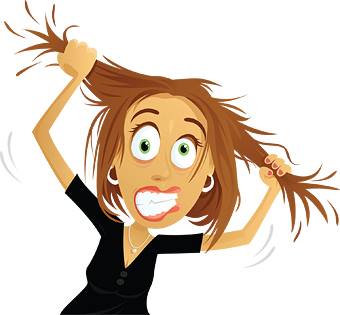 I remember reading and hearing over the years that authors had taken five years, fifteen years, even twenty-five years to write a book. That always sounded outrageous and like way too much time to spend on what should only take a few months. After all, doesn’t that great idea you have for a story or a book just write itself? I mean, if you’re a writer, you write, right?

HASSIE CALHOUN: A Las Vegas Novel Of Innocence was published in 2011. The plan was to release the second book two years later and the third book of the trilogy two years after that. That meant that the entire trilogy should have been completed in 2015. Were that it was that easy.

A writer knows that the first, second, third and maybe even the thirty-third draft can send them back to the drawing board. The image of the writer in front of the typewriter, ripping the page out, wadding into a ball and lobbing it toward the trash bin is a real thing. Only now we frustratedly hit DELETE and then hurl abuse at the computer.

The second installment of the Hassie Calhoun trilogy, DO I KNOW YOU?, has just been released. It took a little over eight years to write. I completely trashed it at least once, almost abandoned it several times and rewrote and revised until I felt it was as good as it would ever be. I’d never come up with a good working title and so after several months of team effort to settle on that exactly right title and then design the exactly right cover, DO I KNOW YOU? was birthed like a twenty pound baby. It was exhausting but I know it will be worth it. At least I hope so.